Afghan assets to be split between aid, 9/11 victims 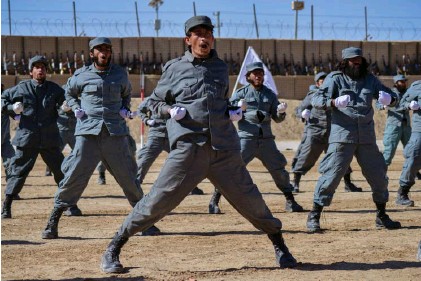 United States President Joe Biden seized US$7 billion in assets belonging to the previous Afghan government on Friday, aiming to split the funds between victims of the 9/11 attacks and desperately needed aid for postwar Afghanistan. The move drew an angry response from the country’s new leaders, the Taliban, who branded the seizure a “theft” and a sign of US “moral decay”. Biden’s unusual action saw the conflicting, highly sensitive issues of a humanitarian tragedy in Afghanistan, the fundamentalist Taliban fight for recognition and the push for justice from families impacted by the Sept. 11, 2001 attacks collide, with billions of dollars at stake. The first stage was simple. Biden formally blocked the assets in an executive order signed on Friday. The money, which a US official said largely stemmed from foreign assistance once sent to help the now-defunct Western-backed Afghan government, had been stuck in the New York Federal Reserve ever since last year’s Taliban victory. The insurgency, which fought US-led forces for 20 years and now controls the whole country, has not been recognized by Washington or any Western countries, mostly over its human rights record. However, with appalling poverty gripping Afghanistan, Washington is seeking ways to assist while sidestepping the Taliban. The White House said Biden would seek to funnel $3.5 billion of the frozen funds into a humanitarian aid trust “for the benefit of the Afghan people and for Afghanistan’s future”. The trust fund will manage the aid in a way that bypasses Taliban authorities, a senior US official told reporters, countering likely criticism in Washington that Biden’s administration is inadvertently boosting its former enemy. Aside from the new plan, “the United States remains the single largest donor of humanitarian aid in Afghanistan”, the senior official said. More than $516 million has been donated since mid-August of last year, the official said. The money has been distributed among NGOs. The Taliban fumed over Washington’s move. “The theft and seizure of money held/frozen by the United States of the Afghan people represents the lowest level of human and moral decay of a country and a nation,” Taliban spokesman Mohammad Naeem said on Twitter. Failure and victory are common throughout history, “but the greatest and most shameful defeat is when moral defeat combines with military defeat”, Naeem added. Sept. 11 compensation The fate of the other $3.5 billion is also complex. Families of people killed or injured in the Sept. 11, 2001 attacks on New York, the Pentagon and a fourth hijacked airliner that crashed in Pennsylvania have long struggled to find ways to extract compensation from al-Qaeda and others responsible. In US lawsuits, groups of victims won default judgements against al-Qaeda and the Taliban, which hosted the shadowy terrorist group at the time of the attacks, but were unable to collect any money. They will now have the opportunity to sue for access to the frozen Afghan assets. Those “assets would remain in the United States and are subject to ongoing litigation by US victims of terrorism. Plaintiffs will have a full opportunity to have their claims heard in court”, the White House said. A senior official called the situation “unprecedented”. There are “$7 billion of assets in the United States that are owned by a country where there is no government that we recognize. I think we’re acting responsibly to ensure that a portion of that money be used to benefit the people of the country”, he said. And the US plaintiffs related to the Sept. 11, 2001 attacks will “have their day in court”. Some relatives of the attack victims however expressed disappointment with Biden’s move, saying Afghanistan should retain access to the money. “Their country has been devastated. As a 9/11 family member I believe all available funds should go to Afghan relief,” said Sandra Bodley, whose 20-year-old niece Deora died on hijacked Flight 93, which crashed in a field in Pennsylvania. Bodley, 78, said going to war in Afghanistan and Iraq was not the correct response to the al-Qaeda attacks. “Twenty years later, I think the world can see that these two wars didn’t make the world safer. They just caused more havoc, chaos and sorrow” in the region, she said.