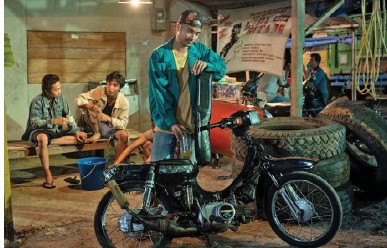 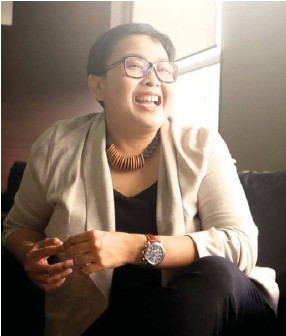 Contributor/Denpasar There is a reason why the most famous love line in Indonesian literature is Sapardi Djoko Damono’s “Aku ingin mencintaimu dengan sederhana” (I wish to love you simply). Indonesian love is rarely straightforward, and this undying fact is reflected in the country’s varied literary output. From expressionist poems to lighter popular books about urban paramours, these love stories are necessarily suffused with narratives on history, class and inner exploration. SEPERTI DENDAM, RINDU HARUS DIBAYAR TUNTAS (VENGEANCE IS MINE, ALL OTHERS PAY CASH) by Eka Kurniawan A controversial pick on the face of it, perhaps, as the novel is a genre mish-mash — at once a gritty portrayal of the seedy side of 1980s Indonesia and a loving homage to the era’s kitschy action movies. But at its heart, Vengeance is Mine explores the redemptive powers of love. Its protagonist, Ajo Kawir, leads a life of thrill-seeking and violence after a traumatic childhood event leaves him impotent. Things change when he meets Iteung, a lovable gang member with a past of her own, and the two descend into a murky underworld of crime, mythology, and ghosts. Oh, and also, high-speed truck chases. Adapted into an award-winning film directed by Edwin last year, the book is relentless in pace and breathtaking in prose. But beyond its cinematic pretensions is a novel filled with humor, pathos and beauty. ANTOLOGI RASA (THE ANTHOLOGY OF FEELINGS) by Ika Natassa A banker with the fortunate hobby of writing smash hits on the side, Ika Natassa has become arguably the country’s most popular writer of the past decade. She is one of the leading lights of metropop — a subgenre of adult romance novels aimed at urban audiences, often featuring careeroriented characters caught up in complicated love entanglements. Antologi Rasa is perhaps the quake that first started the wave in earnest. Keara, a hedonistic, foreign-educated banker, finds a sense of freedom in her closeness with Harris, a fellow banker who loses himself in petty affairs. But even though their relationship is blossoming, Keara’s heart truly lies with Ruly — a new hire in her office who has just returned from a stint away from the city, and who shuns the city’s limelight. It is a classic love triangle, but within it lies many of the capital’s recurring narratives–that conflict between the urban and the rural, the desire to escape the city’s rat race and the inability to imagine a life beyond it, and the questionable power of love to provide magical answers to these existential questions. RONGGENG DUKUH PARUK (THE DANCER) by Ahmad Tohari A list of love stories will remain incomplete without at least one tragedy, and Tohari’s novel provides that in spades–along with so much more. Take yourself to Dukuh Paruk, a fictional village in the hinterlands of Java, and be introduced to Srintil — a dirt-poor child gifted with an almost-mythical talent in ronggeng, a form of traditional dance. Her budding love with her childhood paramour, Rasus, grows increasingly strained as she tours the countryside as a dancer, and the two are separated when Rasus joins the army, just as the Red Scare takes over Indonesia in the 1960s. When Dukuh Paruk and its merry ronggeng band are accused of harboring communist sympathies and the dark forces of history take Srintil away, Rasus is forced to begin a long journey to find his childhood love and regain what was once theirs. Released in 1982, the book — and its notoriously class-conscious author — was controversial for a time, but in time it has developed into one of the classics of Indonesian literature, and was adapted into an award-winning film in 2011. IMAGINARY CITY by Rain Chudori An argument can be made that Imaginary City is relentlessly dramatic and disarmingly sappy. But what is the point of youthful love if it is not doomed, persistent and strange? Two people, long separated, are reunited in fateful circumstances and decide to leave their surroundings to relearn their city instead. Their journey takes them to many real-life locations in Jakarta, as they reflect on a past of violence, trauma, the persistence of memory, and life’s many fleeting delights. Written with disarming tenderness and unequivocally set amid Jakarta’s bright lights, Imaginary City is a meditation on urban love best consumed in one sitting. Contained inside is a helpful map of the real-life places portrayed in the book — a handy guide for your next trip around the city, engaging each other in deep talk while gazing at the vacuous skies and the even more vacuous faces of strangers. HUJAN BULAN JUNI (A JUNE RAIN) by Sapardi Djoko Damono It is not possible to talk about Indonesian love without mentioning Sapardi Djoko Damono. Perhaps one of the country’s most beloved poets, he was known for his spare prose, his unerringly precise choice of words, and the sheer lyrical beauty of his poetry. If a college student tells you they have never stolen a line from one of Sapardi’s poems to woo a potential lover, they are lying. Sapardi dabbled in novels and short stories in his lifetime, and the Hujan Bulan Juni trilogy was perhaps his most popular work. Sarwono, a Javanese man, falls in love with Pingkan, an ambitious literature lecturer of Manadonese descent. As they chase their respective dreams and stubbornly insist on hanging on to the remains of their identity, their relationship is strained before it blossoms. It is a classic Indonesian love story, encompassing the tried-andtrue tropes of class, ethnic and religious tensions. Leave it to Sapardi, though, to take these “heavy” themes and turn them into moments of ecstatic beauty — complete with fragments from his wildly popular poems and musings on life and relationships. Simply put, it is not an Indonesian Valentine without Sapardi.